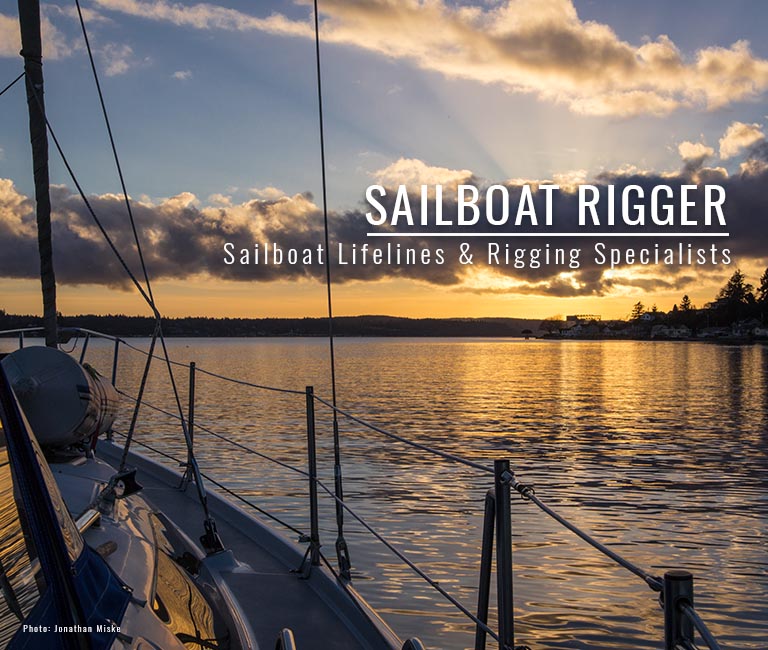 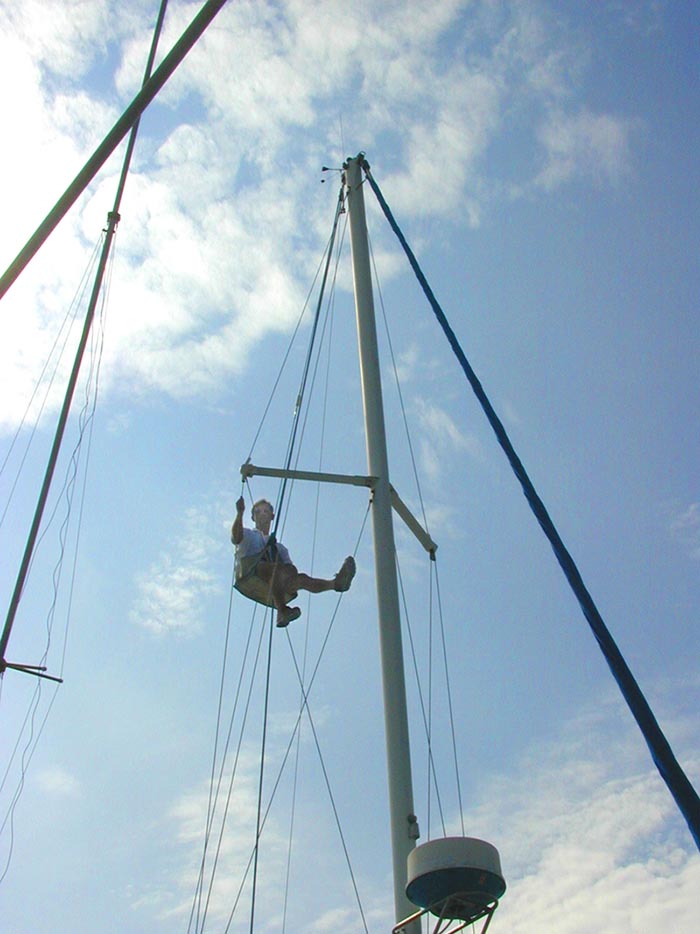 Steve Howard’s great grandfather, Cato, was a ship captain and piloted ships in the Atlantic around the Savannah & Charleston areas. His Great Uncle Frederick Hoertz was a marine artist for the White Star, Cunard Lines with artwork in the Smithsonian and the National History Museum.  Plus he designed dazzle camouflage for warships in WWI.

His grandfather was a bronze star recipient during WWII and advised his sons to join the Navy, since they would always have a warm bed and a hot meal.  Steve’s dad and uncle followed in the footsteps of their father and joined the Navy to see the world.  They served in Vietnam on the USS Johnston destroyer.

With such a long history of family involved with boats and the oceans, it isn’t a surprise that Steve grew up to love the water and activities revolving around it.

STEVE HOWARD HAS RIGGED BOATS FOR DISNEYWORLD, BENETEAU, JEANNEAU, RACING SAILBOATS AND YACHTS UP TO 90’ FEET

Our expert sailboat rigger has worked at marinas and boatyards keeping sailboats “ship shape” for 30+ years.  He can often be seen 50 ft. aloft in his bosun’s chair inspecting and repairing rigging.  He even moves 70 ft. yachts on the shipyard with a travel lift.

Since the condition and maintenance of rigging plays an integral part in whether the passengers and crew will either “sink or swim” with the vessel, he carefully checks sailboat rigging for hairline cracks, rust or stress damage that might be the beginnings of an accident waiting to happen. Sometimes an ounce of prevention can go a long way to protect you and your passengers.

One of Steve Howard’s most interesting jobs is rigging “out of the box” solutions for boat rescues and salvage. He often dives and places floatation devices under damaged boats that need to be moved for insurance companies or for authorities to determine the cause of an accident.

The “Today Show” filmed Steve salvaging the remains of a burned boat that blew up in Tampa Bay with a family of 13 on board. As you can see there was extensive damage to the boat Steve is navigating. 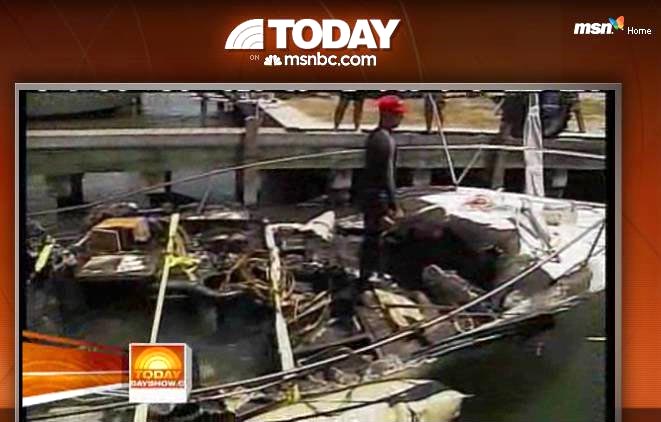 On another rescue, Steve used his ingenuity to retrieve a 46 ft. yacht with a lost rudder in international waters off the coast of Cuba. After 2 days of attempting to tow the yacht, the Coast Guard set the boat adrift and rescued only the passengers.

Owners have to trust the honesty and integrity of the person assigned to rescue their boat.  Boats adrift in international waters are fair game for confiscation.  Having a valuable boat in tow is dangerous to the rescuers since others less honest would want to take possession.

Steve had to hurriedly plan a two man 1,000 mile rescue expedition using a small 32 ft fishing trawler to bring the boat back to its rightful owners.  Upon reaching the boat, he fashioned a sea anchor out of a 55 gallon empty fuel drum to stabilize the stranded yacht for towing.

When Steve Howard isn’t at work as a sailboat rigger, Steve’s off time activities include sailing, swimming, scuba diving (he is a certified scuba instructor), spear fishing, water skiing, surfing, commercial fishing, sailboat racing and boating.  If water is involved in any way you can count him in!!

WHY TRUST YOUR SAILBOAT LIFELINES AND RIGGING TO ANY OTHER COMPANY?

With 30+ years’ experience and countless hours spent learning every aspect of the boating industry, Steve Howard’s SAILBOAT LIFELINES AND RIGGING, INC. is your safest choice for machine swag custom lifelines and rigging for sailing yachts.

Now you and your passengers can depend on Steve Howard’s meticulous attention to detail via online orders.

Send this to friend

CONTACT US
SEND MESSAGE
×
Thank You. We will contact you as soon as possible.
PGlmcmFtZSB3aWR0aD0iMTAwJSIgaGVpZ2h0PSIxMDAlIiBzcmM9Imh0dHBzOi8vd3d3LnlvdXR1YmUuY29tL2VtYmVkL05yOVZ4ZFhhbnRnP3JlbD0wJnN0YXJ0PTEzJmF1dG9wbGF5PTE/aWZyYW1lPXRydWUmd2lkdGg9MTAwJSZoZWlnaHQ9MTAwJSIgZnJhbWVib3JkZXI9IjAiIGFsbG93ZnVsbHNjcmVlbj48L2lmcmFtZT4=
×
FREE SAILBOAT LIFELINE ESTIMATE
GET YOUR ESTIMATE TODAY